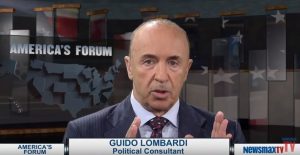 Why Trump is the best choice to bring GOOD jobs to America.

America is the land of the free.  That is why so many people have come here to the United States from every corner of the world. That is why we have this huge immigration that sometimes becomes so big as to stretch our ability to receive more and more people.

WORK, and with work, with good paying JOBS comes a chance to a better life for oneself and one’s family.

But why are people looking for good jobs here ? Because in their nations there are jobs, but they pay less than dirt.

Good jobs can be found here in America because America is free, at least for now.  Because the free enterprise system has produced more work, more opportunities and more wealth in this nation than anywhere else.

Donald Trump is an entrepreneur, a businessman who has created jobs, good jobs, for decades.

He has helped people create businesses and has built buildings, golf courses, parks and more where before there was just dirt. Trump understands how to create jobs, good jobs, and how to increase the worth of our lands.

The other politicians do not. Most professional politicians relay only on Government spending to produce cheap jobs, little opportunities, and by so doing they spread dependence, and with dependence they spread misery.  Dependence kills creativity, kills aspirations, kills the very souls of people. Like other drugs, dependence on an ever more totalitarian and ever more invasive Government enslaves people, it destroys freedom.

That is why we need to LIMIT the economic enslavement and gradual destruction of American businesses that Obama and others blind politicians have perpetuated. And that Clinton and Sanders will further. The American People are tired of paying outrageous TAXES in order to keep a bloated Government afloat.

“Taxation is forced labor; and if it goes beyond reasonable bounds, it is a yoke of oppression.”

That is why people come to America even from relatively rich nations like Italy, France, England. Because of excessive TAXATION caused by inept politicians who use other people money, money generated by free enterprises, to make poor governmental, and idiotic or wasteful programs.

Trump gets it. And so most Americans. More and more people will realize the importance of freeing companies from an oppressive Government, that is why so many companies are leaving the US.