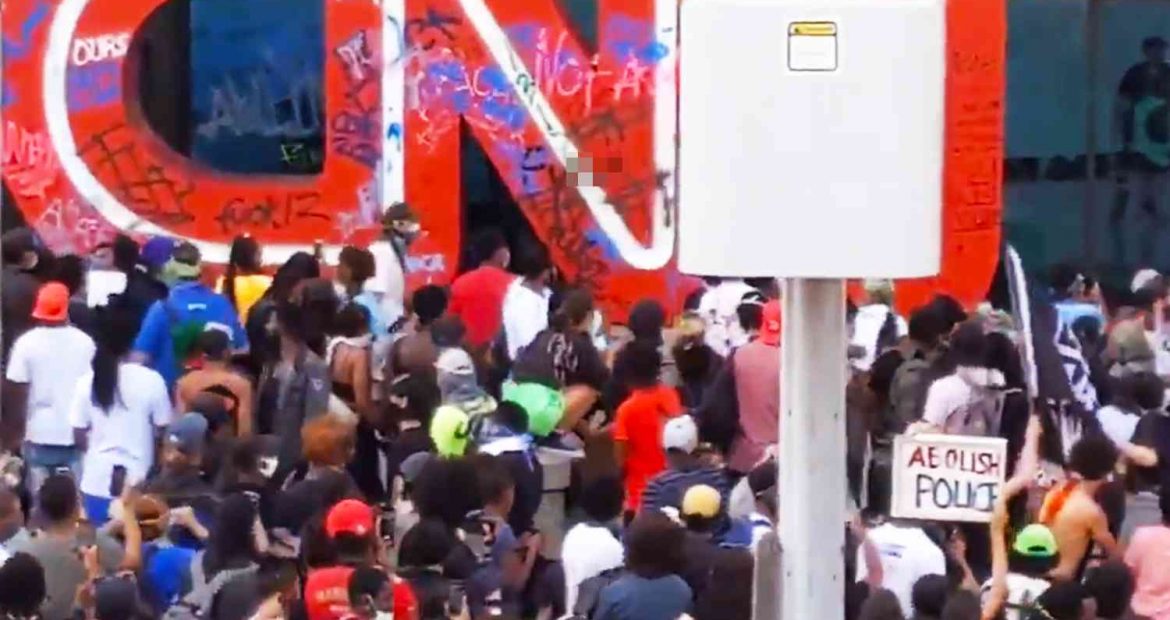 On Friday evening, CNN’s headquarters in Atlanta, Georgia came under siege by a mob of rioters angry about the death of George Floyd in Minneapolis. Initially starting as a peaceful protest, activists stood atop the giant CNN sign, spray-painting it with graffiti that read “ACAB” (all cops are bastards) and “F*ck Trump,” among other protest slogans.

Many carried the Black Lives Matter banners and one of the rioters unfurled a flag of Mexico before the scene turned violent as rioters hurled glass bottles and bricks at the building’s glass façade, smashing windows in their attempt to make their way inside.

Mocking the scene, some viewers pointed out that it was “mostly a protest” and that it was “not, generally speaking, unruly,” echoing remarks made by an MSNBC broadcaster following the burning of the 3rd Precinct police station in Minneapolis on Thursday.

>> @CNNValencia reporting from near the CNN Center in Atlanta: "This is terrible to witness." pic.twitter.com/x3GE8a5sf5