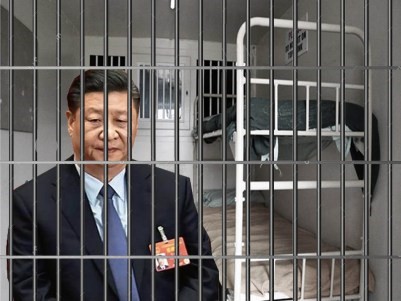 Fox News is reporting “There is increasing confidence that the COVID-19 outbreak likely originated in a Wuhan laboratory, though not as a bioweapon but as part of China’s attempt to demonstrate that its efforts to identify and combat viruses are equal to or greater than the capabilities of the United States, multiple sources who have been briefed on the details of early actions by China’s government and seen relevant materials tell Fox News.

This may be the “costliest government cover-up of all time,” one of the sources said.”

When Fox News’ John Roberts asked about the report, President Trump replied Wednesday, “More and more we’re hearing the story…we are doing a very thorough examination of this horrible situation.”

Instead of originating at the Chinese “wet market,” as was originally reported, a technician at the Wuhan Institute of Virology lab and infected co-workers and then went to the market.

There was an intense week of coverup by Chinese government officials, and then travel from Hunan province to the rest of China was shut down immediately, BUT INTERNATIONAL FLIGHTS CONTINUED. Italy was hit particularly hard because of China ties discussed in Tuesday’s CSN article.

During the next three weeks, while Chinese officials continued to downplay the epidemic, the government secretly began buying up millions of pieces of medical supplies and equipment in order to corner the market as the rest of the world became infected.

Quoting from the Fox article…

There were doctors and journalists who were “disappeared” warning of the spread of the virus and its contagious nature and human to human transmission. China moved quickly to shut down travel domestically from Wuhan to the rest of China, but did not stop international flights from Wuhan.

This behavior lays out for the entire world to see the nature of the Chinese government. Current estimates put the world death toll from coronavirus over 135,000. The vast majority of these deaths could have been prevented – first by enforcing the recommended safety precautions at the Wuhan laboratory, and second, by eliminating international travel from Wuhan province at the same time internal Chinese travel was blocked.

And then to cynically decide to PROFIT from their mistake by trying to corner the market on medical supplies, the word “despicable” doesn’t begin to describe.

Various representatives in the House and Senate are putting forth proposals to deny Chinese officials “sovereign immunity” so they can be sued in world courts for damages. Others have rightly proposed that products being made in China that could be considered of national security interest, like pharmaceuticals and medical equipment, be produced instead in the United States.

While these are good proposals, I don’t believe they go nearly far enough. China has proven that they have no intentions of being members of the world in good faith. They have used new their economic power to bribe and coerce other countries to accept their buying up local businesses beyond what the laws allow, they have systematically spied and stolen trade secrets to produce their own versions of products ranging from compact discs and movies, to fashion industry goods, to sophisticated military aircraft.

China should be isolated from the rest of the world and companies they purchased illegally should be seized in part to pay for reparations to their 135,000+ victims. Their spies and representatives should be sent home, and the public officials they bribed or blackmailed should be removed from office.