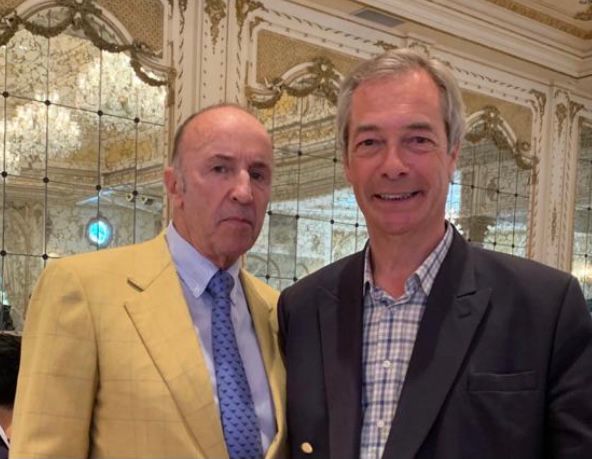 Brexit icon Nigel Farage’s new show on GB News is proving to be a smash hit, drawing more viewers on Thursday night than the BBC News Channel and Sky News combined according to a new report from the Guido Fawkes blog.

Farage drew in a whopping 145.1k viewers on Thursday, his highest rating to date, compared to just 113.1k tuning in to BBC News and a paltry 29.1k viewers for Sky News.

Last week we reported that Farage had beaten both the BBC and Sky News separately in the ratings, but as his audience continues to grow he has now managed to top the figure of both rival networks combined – highlighting how his new presence on the GB News channel could be turbo-charging its viewership.

The launch of his own show on the station was seen by some as a corrective measure after an on-air stunt by presenter Guto Harri, in which he took the knee during a debate on racism in football, annoyed members of the network’s core audience.

But Farage has been winning over patriotic telly viewers with a powerful blend of hard hitting coverage of hot button issues rarely covered by the other networks, including an explosive interview with Calais MP Henri-Pierre Dumont over Channel crossings, as well as lighter fare like his regular Talking Pints segment – where he sits down for extended chats with a range of British political heavyweights from across the spectrum like Peter Hitchens, Ken Livingstone, and Stanley Johnson.

Just yesterday, this website highlighted a powerful segment on his show in which Farage exposed the fact that a French warship spent “a fair amount of time” in British territorial waters on Wednesday as a record number of illegal boat migrants flooded across the English Channel into Kent.

“It could be that Border Force were so completely overwhelmed this morning that every vessel they had was out, and perhaps there was no one for the French navy to hand over to at the line so they escorted the boat into British waters” speculated Farage. “Isn’t that nice of them?”