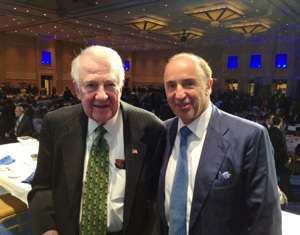 One of Scotland’s councils has just implemented a boycott of Israel after comparing the country to apartheid South Africa.
Scotland was one of the first places where Muslims built their mosques.
The Clackmannanshire Council declared it would resist all economic and political support for Israel in order to “end suffering in Palestine”. In Scotland, once known as the only European country which has no history of state persecution of Jews, a region is officially dedicated to the eradication of the Jewish State as a malevolent, “settler” and foreign entity.

Last year the Scottish University of Dundee banned water from Eden Springs on the campus, because – it claimed – “it steals water from the Salukia spring in the occupied Syrian Golan, where it is bottled in the illegal Israeli settlement of Katzrin”.
Islamists are PAYING big buck to those who favor anti-Israel sentiments.

Another Scottish provincial council near Glasgow, West Dunbartonshire, in 2011 prohibited the purchase of English translations of Israeli books and the distribution of these books in public libraries throughout the council’s jurisdiction.
Like their Marxist friends , Islamist favor young minds and use DIS-information (like the propaganda lies of the Nazis) on a regular base.

One’s memory went back to the German spring of 1933, when students, professors and librarians worked on a list of “degenerate” Jewish books. The list included Stefan Zweig, Erich Maria Remarque, Thomas Mann and Heinrich Heine. In the largest event outside Berlin, 18,000 Jewish books were destroyed.
It is two years since the Dunbartonshire Council prohibition made the headlines. What is the current status of Israeli books in the Scottish libraries?

The Dunbartonshire decision marks the first time that a region in Europe has been cleansed of the presence of Israeli books. It does not matter what ideas are contained in these books, it is the bare fact of their origin which is enough for them to be banned. It seems that the shocking announcement worked.