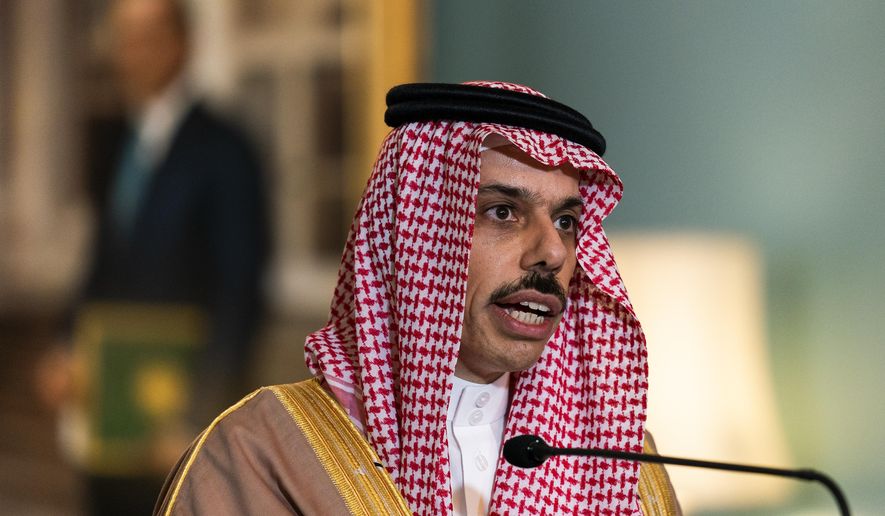 Saudi Arabia’s top diplomat suggested over the weekend that presumptive President-elect Joseph R. Biden will face pushback from Riyadh and other Arab powers if he neglects to consult them in his push to resume the Obama-era Iran nuclear deal.

“The only way towards reaching an agreement that is sustainable is through such consultation,” the prince said on the sidelines of the 16th annual International Institute for Strategic Studies Dialogue in the Bahraini capital of Manama on Saturday, according to a report by Agence France-Presse.

The predominantly Sunni Muslim monarchy of Saudi Arabia views the Shia Muslim theocracy in Iran as its central rival in the Middle East and stood firmly against the inking of the 2015 Iranian nuclear deal known as the JCPOA.

Several other Arab powers, including the United Arab Emirates, similarly rejected the accord, as did the government of close U.S. ally Israel. The deal, which saw Tehran limit its nuclear activities in exchange for major international sanctions relief, was signed by the U.S., Iran, China, Russia and several European powers.

Prince Faisal suggested Saturday that the failure to include Saudi Arabia and other Gulf Arab monarchies in the original negotiations paved the way for violence and heightened tensions that have since gripped the region.

“I think we’ve seen as a result of the after-effects of the JCPOA that not involving the regional countries results in a build-up of mistrust and neglect of the issues of real concern and of real effect on regional security,” he said, according to Agence France-Presse.