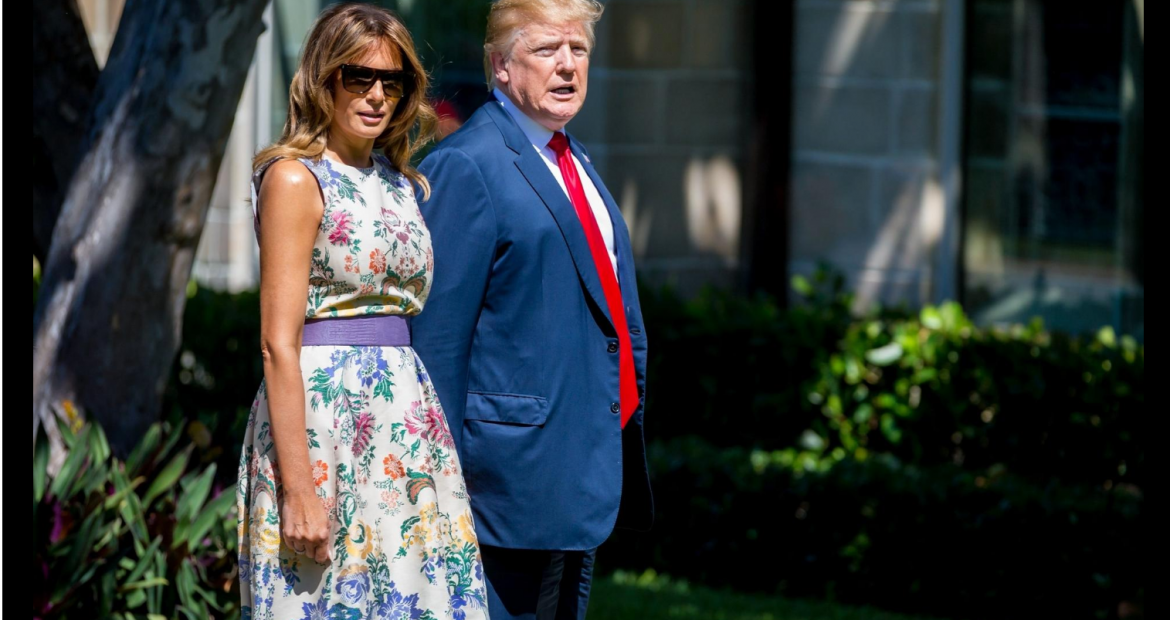 Trump tweets he has “never been happier or more content” but tweet storm on Mueller probe suggests ongoing ire.

After spending the morning firing off a series of tweets, including several that were critical of the recently completed probe conducted by special counsel Robert Mueller, the president and first lady arrived at Bethesda-by-the-Sea Episcopal Church for an 11 a.m. Easter service.

Accompanied by the president’s younger daughter, Tiffany, and her boyfriend, Michael Boulos, they were ushered from a side door to their seats near the front and just stage left as viewed from the alter.