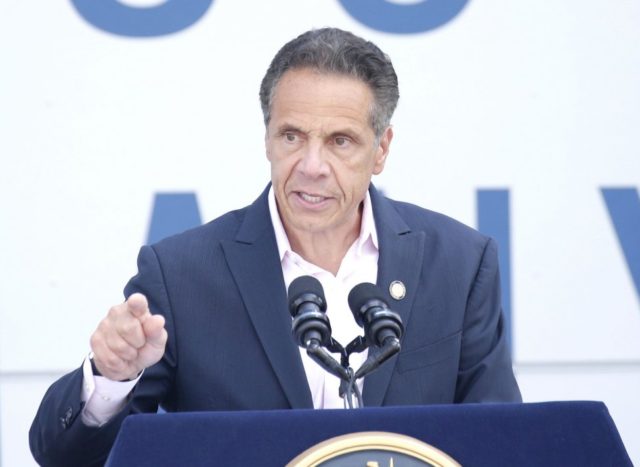 Aug. 6 (UPI) — A former staffer for New York Gov. Andrew Cuomo, who has accused the governor of groping her, filed a criminal complaint with the Albany County Sheriff’s Office.

Cuomo could be arrested if the the woman’s claims are substantiated, Albany County Sheriff Craig Apple told the New York Post. Officials from the sheriff’s office have contacted the Albany County District Attorney’s office.

Undersheriff William M. Rice said the complaint would not be made public because it is an open investigation and would be released once the investigation is closed, Bloomberg reported.

The results of James’ civil investigation, announced Tuesday, found that Cuomo sexually harassed multiple women both inside and outside of government. The staffer who filed the criminal complaint alleged that Cuomo groped her breast under her shirt during an encounter at the executive mansion and grabbed her butt cheek during another encounter.

Cuomo, who maintains that he is innocent, faces possible criminal charges in at least five New York counties — Manhattan, Westchester, Nassau, Oswego and Albany — where district attorneys have requested information from James about alleged misconduct in their jurisdictions, the New York Times reported.

The New York State Assembly’s Judiciary Committee has given Cuomo until Aug. 13 to provide evidence in its impeachment investigation into the allegations.

“The governor has spent almost all of his adult life in the public eye,” the statement concludes. “The sudden allegations of sexual harassment over the last number of months — allegations never made before about him — have been stunning to him because he has never conducted himself in that way.

“The report ignored key facts and pieces of evidence that undermine many of those allegations, and the press conference confirmed that this ‘investigation’ had a predetermined outcome regardless of all the evidence.”

The chairman of the Democratic National Committee and healthcare workers union 1199-SEIU have joined others calling for Cuomo’s resignation, NBC New York reported.