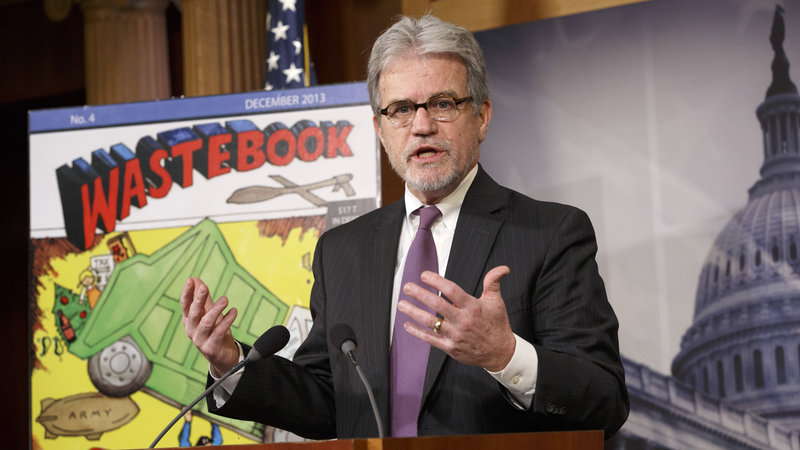 Former Oklahoma Republican Senator Dr. Tom Coburn died recently after battling prostate and colon cancer for years. Many expressed their love and respect for him in print and on social media.

He had been elected to three terms as a representative and two terms as a senator. He retired from the U.S. Senate in 2015 before finishing his second term due to illness. He was viewed as a principled congressman and senator by his colleagues and Oklahomans.

“Tom Coburn was very conservative, but he was also a populist. He was loved by all sides,” said John Hart, Coburn’s long-time aide and writing partner in the March 23, 2020, issue of the “Tulsa World Newspaper.” Senator Coburn was a Christian who was prolife, supported gun rights and a smaller government.

Dr. Coburn was an obstetrician-gynecologist and had an office in Muskogee, Okla. He delivered around 4,000 babies and one was the American Idol winner, Carried Underwood. While he was serving as senator, he came home on the weekends and delivered babies. Dr. Coburn was criticized for holding another job outside of being a senator. He started delivering the babies for free and paid for the insurance malpractice premiums and clinic costs out of his own pocket.

Members of the Senate threatened to censure him because he delivered the babies in Muskogee’s only hospital, insinuating that his patients used the Muskogee hospital because he was a senator. Dr. Coburn pointed out that since Senator Patrick Leahy had a cameo in a Batman movie that the senator might be endorsing the movie. He was not censured.

Coburn was born in Wyoming and his family settled in Muskogee, Okla., which was close to several large cities. His father, O.W. Coburn, owned an optical company in Muskogee. Tom Coburn attended Oklahoma State University in Stillwater, Okla., and received an accounting degree. He met his future wife, Carolyn Denton, who was the 1967 Miss Oklahoma, and they later had three children. He went to work for his father’s optical company. After being diagnosed with melanoma, Coburn went to medical school when he was in his 30s.

In 1994, Dr. Coburn ran for Congress in Congressional District Two of Oklahoma where a Republican had not held a seat for 70 years. He won and promised to serve no more than three terms. He kept his word. He was considered a fiscal conservative, was pro-life, for gun rights, and kept track of pork-barrel projects in bills. He was not afraid to criticize other members of the Republican party. He was called Dr. No by some of his colleagues for blocking bills that were either too expensive or were stuffed with pet projects. The “Washington Times” reported, “When Democrats called a press conference to complain that Mr. Coburn was blocking a bill that they wanted Congress to pass, he showed up and sat in the front row alongside the press. ‘I’m going to enjoy the festivities,’ he told reporters.”

He published a “Book of Waste” annually about the pork in bills. Late-night hosts enjoyed poking fun at elected legislatures. He crossed party lines to work with Democratic legislators to pass bills. After resigning from the Senate due to his illness, he went to work for The Convention of States (COS), an organization that supports Article V of the Constitution. The Convention of States Action resolution allows the states to discuss amendment proposals that, “limit the power and jurisdiction of the federal government, impose fiscal restraints on the federal government, and place term limits on federal officials.”

“This is truly a solution as big as the problem.” Dr. Coburn promised the director, Mark Meckler, that he would work for COS as long as his health allowed. He traveled with Meckler even as his cancer had metastasized. Dr. Coburn also supported candidates in Oklahoma that he thought worthy of serving for office.

“I don’t know how long I have,” he told Meckler over dinner. “The cancer or the treatments, one of them will eventually kill me. But I will fight for my country, as long as I have any fight in me.”