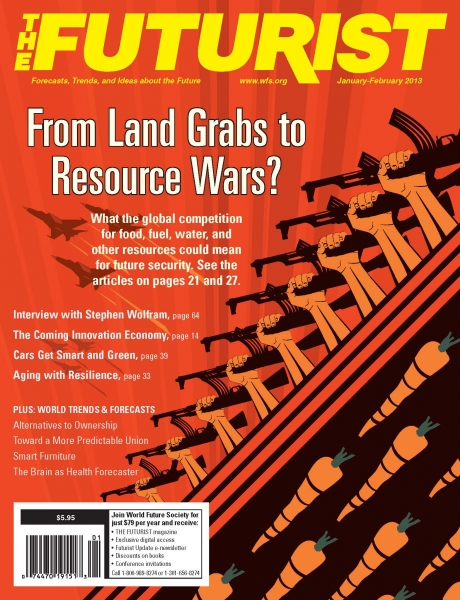 Yair Lapid is the Israeli anchorman and columnist who stunned Israel’s political world by finishing second in Jan. 22 balloting, nearly tying the total for Prime Minister Benjamin Netayahu’s Likud Party (which ran with another right-wing party on the ballot.) A chastened Netanyahu is now trying to form a coalition government with a variety of parties, but he reached out first and most eagerly to Lapid, and his freshly minted credibility. My profile of the new star of Israeli politics, “Man in the Middle,” is in the new print edition of TIME. We met on Dec. 30. At the time, the momentum appeared to be moving away from the party Lapid, 49, had formed, Yesh Atid, which means “There Is a Future.”

· Israel’s right wing was surging, energized by a former hi-tech success story and onetime commando named Naftali Bennett and his Jewish Home party. Lapid acknowledged the headwind, but argued – presciently, as it turned out – that the silent, secular bastion of Middle Israel had not yet been heard from… He also spoke at length about why Israelis talk so much less about the issue that defines the region for the outside world — the Palestinian question.

· Lapid: The only group of people who are not represented [in Israeli politics] are the majority. […] We are trying to create a voice for those. And some of them will come to us and in other arenas, what we will do is influence other parties at least to talking about middle class problems: tax rate, housing, education – all those things that Time magazine readers are not interested in because all they want to talk about is the conflict and what will happen next.

TIME: No one in Israel wants to talk about the peace process. They’re past that. Talk about that disconnect.

· Lapid: Israelis convinced themselves that there is no use in talking to the Palestinians because they’re not to be trusted. I think they’re wrong. I think the Palestinians are not to be trusted and this exactly why we should talk to them. Because you make peace with foes not with friends…. Interestingly enough, all polls show the mass majority of Israelis say the two-state solution is the only game in town, but is quite comfortable with the fact that nothing happens. I myself think this is irresponsible. I think we don’t want to make the mistake the Israeli left makes time and time again of telling up front what it is they’re willing to give up. But we have to go back to the negotiations table.

In a sincere way or because that is what the world sort of expects?

· Lapid: No, in a sincere way. You know my father didn’t come here from the ghetto in order to live in a country that is half Arab, half Jewish. He came here to live in a Jewish state. And we have 3.3 million Palestinians now between the sea and the eastern border of Israel. If we don’t do something about it, her generation [nods toward a 15-year-old girl at our table] is going to spend her time with six or seven or eight million Palestinians. So doing nothing about it is shortsighted. Unbelievably enough I do believe d believes the same, but he does not have the coalition, and right now not even the party to support him. So maybe in a few weeks one of my jobs will be to make sure he has enough fingers to vote about this, from within the coalition or from opposition, same thing.

The Likud list, and this surge by Naftali Bennett, has that helped you look more moderate by comparison?

A lot of people are not finding politics very fascinating, but these guys [the right-wing settlers] are driving the bus because nobody else is interested. It seems to be happening this election.

· Lapid: Yeah maybe so but it’s always a mistake to question the determination of the majority of Israelis. We are all pretty determined people. And like Americans we tend to think about the place we live in not only as a place but also as an idea. And we’re pretty eager to make sure this idea will last. I know the whole saying that this cannot happen without civil war and so on and so forth. There is no civil war between 93% of the population and 7% of the population. It does not work like this. The thing that makes them [settler movement] flourish is the fact that the country does not know where it’s heading.

Right. It seems fairly clear that both sides, the Palestinians and the Israelis are sort of ambivalent.

· Lapid: Right. And in the land of the ambivalent, those who are determined will flourish. So, yes. But this is the difference between… an ideological group and this huge carrier that is called the country, that moves slower, that makes decisions in a very different manner, but when it moves, it moves. And you know what? There’s been polling forever and ever, and the majority of Israelis understand that aside from the big blocs of settlements, Gush Etzion, Maale Adiumim and Ariel, we will withdraw eventually. […]

Israel is at once both this incredibly fractious society, and one of the most unified in the world, maybe the most.

· Lapid: In ways and at moments. What unifies us is forces in the outside. And the fact that we understand the complexity of what’s going on. If we feel we’re being misjudged by the world – mostly by the Europeans, by the way. You know I was talking with the BBC the other day, they said something about the two-state solution and I said, yeah, why didn’t you give back Ireland 100 years ago? People tend to feel that their problems are complex and other people’s problems are very simple to solve. It’s never the case.

· Lapid: Young people. Nobody knows how to poll them. In Israel, unlike the United States, they didn’t move the polling from households to cellular. My American strategist is Mark Mellman, pollster of the year in 2011 and 2012. He was horrified by the way polling is done here. So young people are going to be very interesting and crucial to every campaign. […]